'She'd wake up with blood all over her sheets': Mum who foraged in the bush in desperate bid to cure daughter's eczema creates balm that she claims 'STOPS the itch' - as she quits her job as a lawyer to deal with global demand

Mother-of-two Michele Wilson literally stumbled across an ingredient she claims may have helped soothe her young daughter's nasty eczema while taking a walk in the bush.

Daughter Eva, five, would scratch at the irritating skin condition so badly she would wake up in the morning with 'blood all over her sheets'.

Desperate to help, and sick of washing the sheets, Mrs Wilson went foraging in the New Zealand bush in the hope of finding something that may help. 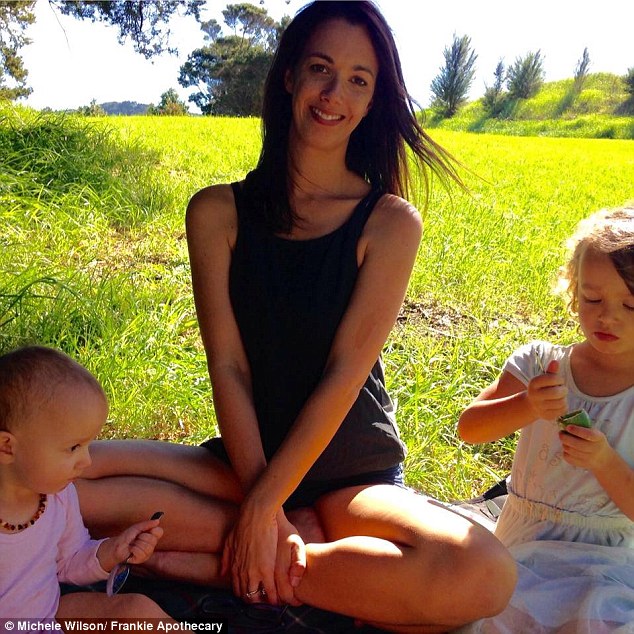 Soothing: Michele Wilson (centre) concocted a balm that she claims may have helped soothe her daughter Eva's eczema. She is pictured with Frankie (left) and Eva (right) 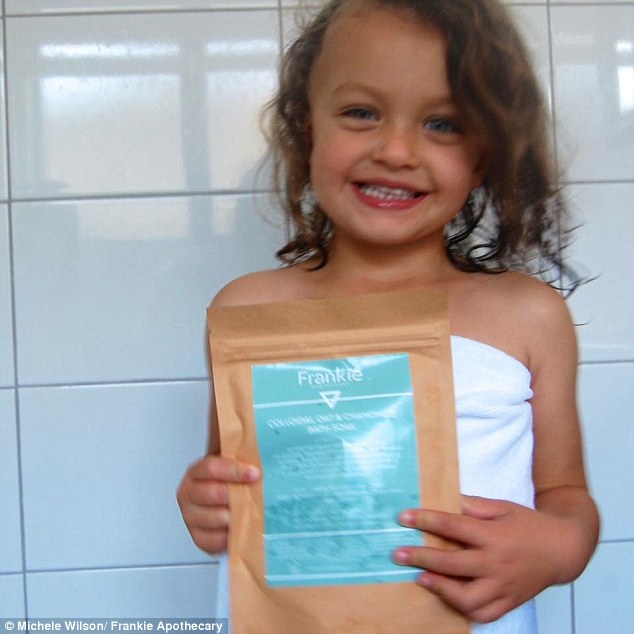 So itchy: Mrs Wilson said that her daughter's eczema was so bad, she would draw blood

'Eva could not stop scratching her skin. Every night she would rake at her rashes with her fingernails,' Mrs Wilson told Daily Mail Australia.

'In the morning she would have scratched so much she'd wake up with blood all over her sheets.'

On the advice of her father, Mrs Wilson took to the bush in search of kawakawa, a native plant long used as a soothing substance by New Zealand Maori.

She used the plant to create a herbal eczema balm, which has proved so popular Mrs Wilson has quit her job and is now focused on selling it full time.

'It didn't heal her eczema,' she said, but she claims it is creating a seal over her daughter's skin that 'stopped the rash and stopped the itch'. 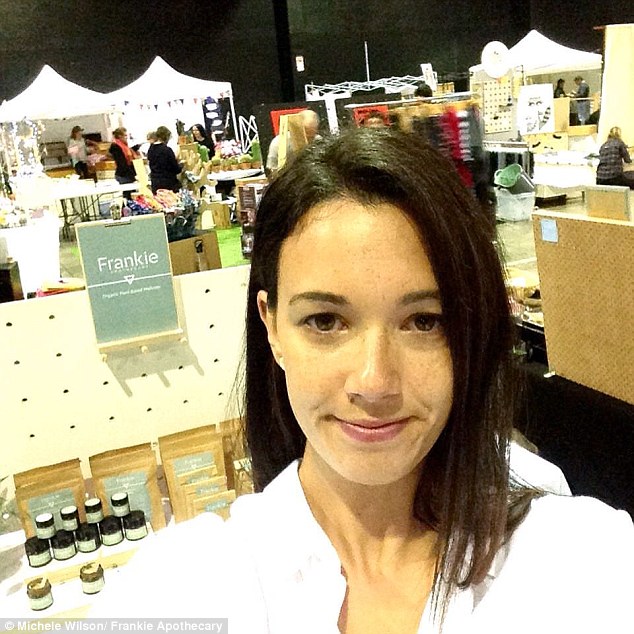 Taking off: Mrs Wilson started making the balm for parents at her daughter's kindergarten and was soon inundated with orders

The first inkling the balm might prove a lucrative business proposition came when Mrs Wilson started making it for other mums at her daughter's day care.

'I started making it for a couple of the kindergarten mums. Word spread around Auckland and by February this year I was getting calls almost daily to mix a batch up for someone. I decided to quit my job as a lawyer, throw everything into this and spend more time with my children.'

Balance: Although she works upwards of 50 hours a week on the business, Mrs Wilson chooses her own hours and has plenty of time to spend with the kids

Eight months ago Mrs Wilson quit her job as a commercial lawyer to focus on the business full time. Frankie Apothecary, named after Mrs Wilson's youngest daughter, has grown so rapidly since that it is now struggling to keep up with demand.

On its website, the salve - which retails for NZ$32 - is described as an 'Organic, intensive healing balm' which it claims may be able to treat 'dry & irritated skin caused by eczema, psoriasis, nappy rash, bug bites and other general dry skin conditions.' 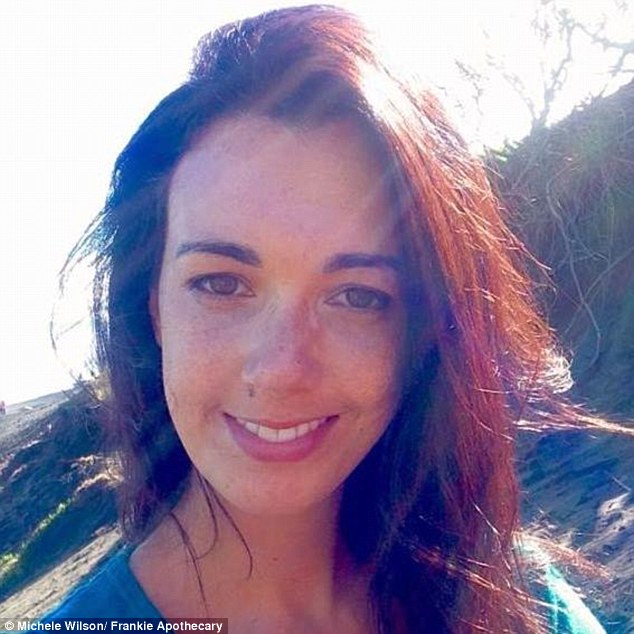 Spreading the word: Mrs Wilson has now quit her job as a commercial lawyer to make the Frankie balm full time. However, Sydney-based dermatologist and eczema expert Dr Saxon Smith said people with eczema should regularly use moisturiser to soothe dry skin. 'What we are always recommending is that you need to maximise the barrier function of your skin yourself. 'One of the key components that makes eczema is a pre-disposition to dry and flaky skin. Using a moisturiser on a daily basis is critical.' 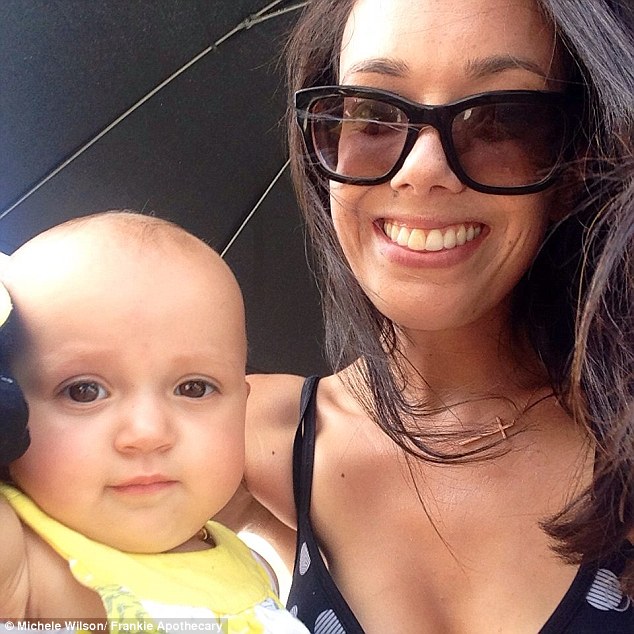 Mrs Wilson has been swamped with orders for her salve throughout New Zealand, Australia and even as far afield as Denmark.

Her company has also been nominated in six categories at the annual OHbaby! business awards, which recognise the best parenting products on the market.

'My goal at the beginning was not to have this sort of success,' Mrs Taylor said.

'My only goal was that I would be able to sustain living in the Auckland property market and not have to work nine-to-five with my children in care.

'I have definitely exceeded that.'

Dr Saxon Smith said: 'It’s important to recognise that if you are having trouble, see your local family doctor for help or see your local dermatologist.'